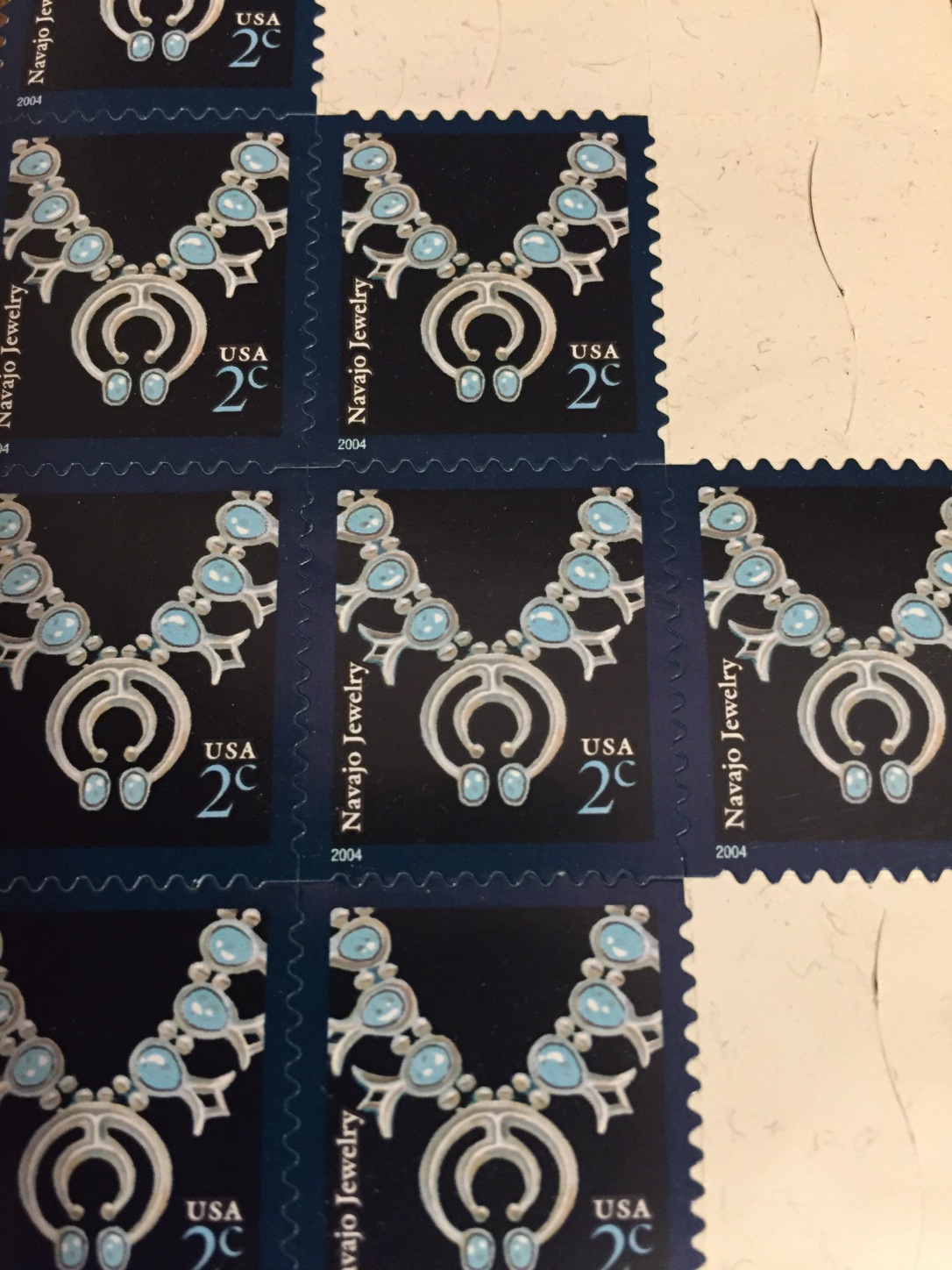 Her: “Mom, should I use THOSE stamps?”

Me: “No, your letter will not get very far with a 2 cent stamp!”

And that’s when I ran out of things to say.  We all get used to things being a certain way and hardly notice when they change.  You probably remember the time before the Forever Stamp came along when stamps had a specific value.  For a while, they were rapidly going up a cent or two at a time.  I purchased an assortment of one and two cent stamps so I could finish up my entire 100 roll of obsolete postage.

Her question led to a scintillating conversation about the history of stamps (which was pretty much summed up in the preceding paragraph).  It made me start to think.  Parents and Millennials are living in two different worlds and we have to somehow build a bridge between them.   Some of the things I grew up doing, such as mailing a letter, are not as common any more.  Regardless, the little necessities are still very important.  I know of another young adult who hesitated to mail some very important papers because she had never been to the post office and did not know how to mail a certified letter.

Anyone who has known me since the day of their birth knows that I like words.  I have a habit of occasionally using one that I assume they do not know so I can then subtly define it in the next sentence.  When asked for a definition to someone else’s obscure word, I would suggest the dictionary.  Despite my best efforts, no one but me would pick up a dictionary and hunt for a word.  In all honesty, I no longer enjoy it since the printing has shrunk.  Since I have been schooled in the wonders of the internet, I now look up all of my words the quick and easy way.

I tried hard to teach my girls to read a map.  They couldn’t have been any less interested.  I was concerned, on one account, that after first getting her driver’s license that she would never return home…not because she was a runner but because she was directionally impaired.  When she started to return home with regularity, I became acquainted with Google Maps.  If their phone goes dead on a trip and they don’t have a charger, they’ll wish they had participated in Map Reading 101!

I flip out when I watch someone use a calculator to count Monopoly money!  The calculator was an awesome invention, but I sometimes use my actual brain so that I don’t lose my ability to think. I want to make sure that if I ever had to work a cash register again that I would be able to correctly count back the change, no matter what the register told me it should be.

Before you think I’m being cruel in relaying this story, I have been given permission…only because the subject individual looked at me with pity when I admitted that I do not know how to set up a new email address.  We need each other.   Our Millennials are instrumental in helping some of us with all things technology.  They need us to help them experience countless small things that have to be done to navigate life. I had planned to do some decluttering tonight.  I think I’ll start with the two cent stamps!

Published by The Launch Lady

Watching my daughters turn into responsible, contributing members of society is the best gift ever! View all posts by The Launch Lady

Leave a Reply to The Launch Lady Cancel reply